A Day in the Life of a Franchise Consultant

A day in the Life of a Franchise Consultant

I have worked in, advised or owned several franchise brands over the last 26 years. When I first started working in the franchise industry it was by joining the family firm started by my Dad & step Mum. Previously I was in a classic sales rep role. We didn’t even have the internet and cell phones were just becoming mainstream! John Major was Prime Minister and computers were huge boxy affairs with 3.5-inch floppy discs and CD drives.

As a result franchise consultants had to work differently. These days executives like myself and my colleagues at Lime rely extensively on the internet and various bits of software and our phones are basically internet portals on our MacBooks or smartphones. A typical day in the life of a franchise consultant like me depends largely on if I am working from home or at a client’s premises. Today I’m working from home so it’s always a catch-up day!

I usually get up and make the tea around 7am and have had breakfast and caught up on the news by 8 ish when I start working. If I am not working from home I’m often on the road around 6:30am.

Friday 8th March I always have a “to do” list which is written out neatly using a fountain pen the night before. I don’t know why but it works for me to always have a neat list. My first hour or so is always trying to get to “zero inbox”. 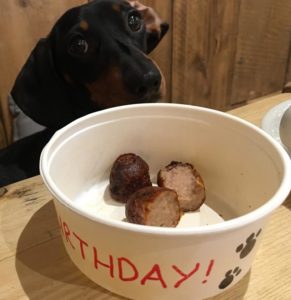 8am – I didn’t get to zero inbox, probably because I run with 9 email accounts at a time. Some are client email addresses where, in effect, I act as their Franchise Manager or Director dealing with franchise matters on their behalf. So depending on who has emailed me I wear one of several hats. I deal with as many as I can and then as a result of that squeeze a few more tasks into my “to do” list so that my day is as mapped out as it can be.

9-11am – I spend 30 minutes on the phone with one of Lime’s Regional Director’s Richard Pakey discussing an issue with a new franchise brand who ditched their old consultancy firm and hired us. In nutshell, their previous franchise consultant granted exclusive territory rights to Franchisee “A” for a London territory and then a few months later sold a second franchise but granted part of Franchisee “A’s” territory to Franchisee “B”. So now two franchisees are joint owners of parts of each others territory. It’s a stupid mistake to make. However, I’ve always said that franchising is easy to get right, and easy to get wrong. Richard and I come up with a solution to deal with it and I leave him to affect the remedy.

Next is a problem with another franchisors legal agreement where they have got a technicality wrong with the definitions. So, one thing they meant to mean something, actually means something completely different! Richard orientates me around the issue and we discuss another fix which he will sort out later today with the brand concerned. Overseeing everything our clients do is part of what they rely upon us for.

I log in to a portal that schedules our various social media posts, it’s called Sprout Social (other software is available) I see there’s a lot ready to go out over the coming week so I try to scan them all and after adding a few myself I log out. If you’d have told me that I’d be working on something called Sprout 20 odd years ago I wouldn’t have believed you!

Next call is to agree on the new prospectus content and design I did earlier in the week for Motor Republic, a vehicle leasing franchise we have worked with for a few years. Phase one of the franchise launch was completed last year and phase 2 is all about wrapping everything up that has been learned into an improved franchise offering. The prospectus is an integral part of communicating that to everyone. Chris the MD loves it and so I push the button and book marketing with quite a lot of the franchise media. I’ve already got a list of 40 people waiting for the prospectus so they receive it and several ring me back immediately to discuss it.

Some kind of wizardry

11 am Our SEO guys ring in for a scheduled chat to discuss our organic search campaign. Lime’s website position is good and getting better. We’ve got dozens of page 1 rankings and we discuss the plan going forward which is mainly wizardry at their end. We’re done in less than 10 mins because everything is right where I want it and so I leave them to get on with it. If only everything was so easy!

I spend 20 minutes getting an update from a friend of mine who I first met via UKTI some time ago. He is appointing the Lime team to oversee a franchise launch in the North West which is involved in disinfection for factories, surgeries, ambulances etc etc. They’re getting close to being ready and so it’s just a catch up of where they are before they instruct us to start the franchise program. 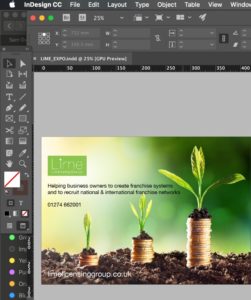 Lime is exhibiting at the International Franchise Exhibition in April and I put an hour aside to liaise with the stand designers and show organisers to make sure everyone has the right spec’s and measurements etc etc. Various forms need signing even to confirm the location of a plug socket. My Son Oli is a professional designer and he helps me a lot. He did the stand spec and artwork in Adobe Indesign and everyone agrees it looks great!

Noon – My daughter is studying to be a Barrister at BPP University and today she is downstairs revising, I offer to take her out for lunch, she looks up from behind her MacBook, smiles and accepts. We live in an old mill alongside the river and it’s a lovely short walk to a local cafe with our sausage dog Rosie. Today she is 2 years old and the cafe owner gives her a bowl of cut up sausages (!) with Happy Birthday written on the side!

1pm – Our Regional Director John Salsbury calls to discuss the launch day for Lime’s Birmingham office. It’s going to be 18th March. John has a great executive SME & PLC background with Yellow Pages and Yell.com and we’re lucky to have him onboard. He’ll be an integral part of Lime’s consultant team going forward.

I always try and get a power hour in with our CRM when working from home. Internally we use a system called Daylite but for some clients, it might be Salesforce, Act! or whatever. I speak to a handful of people I promised to call regarding Motor Republic and I’m up to date. As a team, Lime manages around 23,000 contacts for various franchisors and I’m so grateful that my colleagues do all the heavy lifting with these. It’s only a matter of a few hours a week for me! Either way, what I do, I do to a high standard, check the reports and activity and make sure all is going to plan.

3pm – A potential franchisor emails me with a few questions about hiring us. We’ve been talking for months on and off. We can do so much for them but some brands take a long time to eventually delegate to a third party. There’s no hard sell from me because I know that they are aware that Lime’s clients generally grow twice as fast as the industry norm. So I think we can just set our stall out and let that do the talking! They’ll do it or they won’t but its certainly a health food brand I’d be happy to work with.

I write a couple of reports up for a new Pizza franchise I am designing. I often have to mull things over for days before recommending what we are going to do. I’m a believer in sleeping on things and discussing various options with those whose opinions I trust. The reports don’t take long to do, but knowing what to recommend, and the how and the why is where the time and skill comes in – all from hard earned experience.

4.30pm – I liaise with our printer to agree to some artwork for a new folder that we all use at meetings to house the various consultancy documents we use. Looking back I counted 43 calls on my phone and over 100 emails dealt with. I write out Mondays “to do” list and that’s me done for the day.