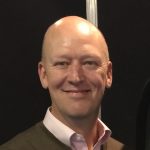 There is a real problem in the industry with cheap franchise consultants. This is no sour grapes, far from it but we consistently speak with brands that have been ripped off. It’s never a nice encounter. Worse still they’re not all cheap franchise consultants, some are way more expensive and provide less. They’re not consultants really, basically a number of brands, usually spending big on Google Ads are peddling rehashed templates they’ve begged borrowed or stolen. It’s just the same pieces of paper being sold over and over again. Google Ads costs them £5,000 per month, they pull in £8,000 per month and that’s the entire business model. The problem with this is that there is no piece of consultancy that will be the best fit for any two companies.

Everything we have is unique to Lime Licensing Group

There is a trail of ripped off brands in the UK who have gone with the wrong company. A lot of thought and “what if” modelling goes into a successful franchisor launch. Every piece of inventory and admin we provide is created by us. Our backgrounds are as successful franchisors and franchisees, so we know what works and what doesn’t. If you are serious about franchising and doing things correctly the cheapest option isn’t going to work for you any more than the most expensive. What will work for you is the right option. Going for the best value option gives you the best chance. We think there’s a huge difference between price and great value.

Our unique guarantee to you.

Before choosing any consultant, be that expensive or cheap I’ll personally make a guarantee to you. We will provide you with a MINIMUM of a price match PLUS a better deal. Hopefully we’ll do both. Some consultant solutions run into tens of thousands of pounds, some are literally a couple of thousand pounds. Whatever it is we have the ability to give you a better deal. So long as we’re quoting for the same things you’ll get more for less with Lime Licensing Group – that’s my guarantee to you. Lime is focussed on recruiting networks, the initial consultancy is a means to an end. So we’ll always aim for a great value set up and then we’ll share the risk with you earning any further money on results.

Our own Regional Director Mike Smith is an example of a franchisor that got his fingers burnt. Mike owns a franchise brand called National Roof Box Hire. He decided to franchise it one day and transacted with a company based in central England who were going to teach him how to franchise. The resulting documentation and sub standard inventory left him out of pocket and without any franchisees. That’s when he found Lime. Mike joined us, went through our Elite Advisor training, applied it to his own company and started recruiting franchisees. That is the difference.

Check which cheap franchise consultants has been convicted.

We know of four self styled franchise consultants that have been convicted of fraud. Some were lucky enough to just get suspended sentences, others stayed at her majesty’s pleasure. All had a conviction for fraud. Sadly google has been forced to remove many references of these but if you search hard enough you’ll still find some traces. Even the former Director General of the British Franchise Association is in prison as we speak for child related offences. We can’t stress enough the importance of your own  due diligence. Because that’s what your future franchisees will do and you’ll be judged by the company that you keep!

We have met company owners that have spent £20,000 on an Operational Manual. The manual would have taken around 4 weeks of part time work to put together and in fact the client would have provided most of the items to complete it! Outrageous! We’ve met others who have been tied into huge advertising campaigns on franchise directories where the consultant gets a commission from the media concerned. You won’t ever find a franchise directory that pays us a commission, we pass on any discounts. The reason for this is that more budget goes towards getting leads in and our fees are results based so it’s a win/win.

Shop around, we hope you’ll like our flexible approach and that we then make your short list. All things being equal we’ll then guarantee to give you a better deal, hopefully a better price too. You have nothing to lose by speaking to us and we’ll always give you some free advice to start with. Contact us here and one of our team will call you back.