Lime chooses Franchising in Canada ahead of the EU for first international office. 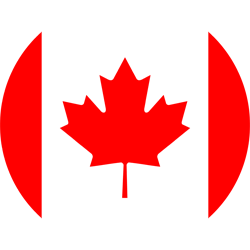 Lime Licensing Group, the Leeds based franchise consultancy firm has opened an office in Canada. This follows on from its rapidly expanding UK operation which helps businesses to scale their brand through the design and implementation of a franchise system. Managing Director Andy Cheetham said, “We’re not waiting to see what deals our respective governments come up with following Brexit, we’ve already set up our shop over the pond and are actively Franchising in Canada.”

Lime has several UK regional offices covering the south, the midlands and northern England who between them manage dozens of franchise brands. The company has appointed over 2,000 franchisees for its clients. In the wake of the UK’s departure from the EU Lime is aggressively expanding into overseas markets. 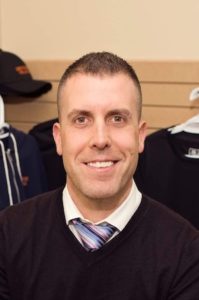 Lime’s Director of Canada is Steve Collette, a board member of the Canadian Franchise Association and multi brand Canadian franchisor. “We feel this is a wonderful strategic move for several reasons. Firstly, it opens a simple pathway for our UK clients to enter Canada whilst also providing Canadian franchise brands with an immediate presence into the unregulated UK franchise market. To do this properly you need a physical presence in both countries” she said.

Back in the UK Andy has good news for the new UK government. “There’s no doubt that since the election we have seen a lot of latent demand rush in and ourselves and all of our clients are busier than ever. We’ve chosen Canada ahead of the EU simply because we feel that in many ways both countries are more positively in dialogue. We’re also culturally closer, and speak the same language of course. I think we’ll let the UK & EU get a little closer together in trade talks before we open in Paris or Rome.”

Lime teaches companies how to expand through franchising and practices what it preaches. As a result every Lime office is independently owned under a franchise arrangement. “This gives us a unique affinity with all those we deal with in franchising” Steve added. Everyone in Lime Licensing Group, its staff and franchisees have genuine hands on practical franchising experience. Andy says this is important because “no business is easy. So we know precisely what it feels like when you have bad days. Everyone who owns their own show has bad days! Our mantra is to concentrate on doing the right things as often as you can. Which in franchising means following the operational manual.”

Within Lime’s group of companies are several brands that dovetail together. This means that Lime is able to supply everything any franchisor might need. For example the company also owns a franchise magazine, internet directory, marketing agency and a recruitment consultancy.

Lime has put together a root and branch solution for new and established Franchisors. The company plans to expand into other major international markets later this year. Contact Lime today to learn more about Franchising in Canada or the UK.

0 Shares Share
0
Become a franchisor, Franchising in Canada No Comments