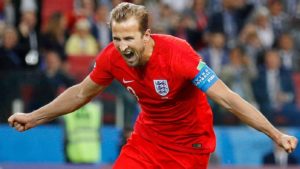 Franchising and the “whole agreement”

What Harry Kane’s gentleman’s agreement has to do with franchising.

When England’s best player, after signing a six year agreement, apparently said he also had a gentlemen’s agreement that he could leave if things didn’t go well I assume everybody who knows anything about contracts knowingly smiled and thought “Awww bless him”.

That’s not how it goes.

The whole agreement is the only agreement.

Down the line your lawyer could have a go for you if you wanted them to get you out. They’ll say there’s a chink of light, maybe some representations you can lean back on or other breaches etc etc. But franchise agreements are pretty robust things. Contract law being what it is.

I expect that dawned on Harry Kane over time. Or his brother, who set up his own football agency after sitting in with a previous negotiation or two and thinking he could do it too. So Harry hired his brother to represent him. Which is a bit like me watching Harry Kane and thinking “I could do that”.

In the end his whole agreement is all that mattered.  And his boss and all his legal team knew that all along. Harry and his agent brother are wiser for the experience. If you want to end any contract early then you’ll likely have to buy yourself out of it. But only if your franchisor is happy with the exit conditions. Or in Harry’s case if another football club bought him out of it and at a price Tottenham were happy with. Neither of which happened.

Comply with the whole agreement.

Signing a franchise agreement is both an obligation and a right. Every franchisee immediately understands the rights they’ve bought. Many don’t appreciate the obligations they’ve signed up to. Those obligations are often overlooked. You need to stay compliant and understand what you’ve signed. You will likely be held to the terms even if you don’t want to some way down the line. Some terms also stretch beyond the agreements end point but if you want what the franchisor has then sign up for it. Or don’t. It’s a free choice. But do be sure to honour the terms of what you’ve signed.

I should be a football agent. 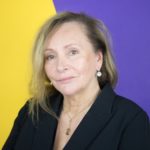 “Whole Agreement” clauses (sometimes  called “Entire Agreement” clauses”) seek to ensure each of the parties to an agreement know exactly what they are committing themselves to and to avoid one party arguing that they had agreed something else prior to signing the agreement. There are a few exceptions to this principle but clearly Harry Kane’s football contract does not fall into that category. He will have signed for a fixed term and any earlier termination provisions would likely be at the behest of Tottenham. While we do not know all the details of the so-called “gentlemen’s agreement”, it should have been put in writing as a formal variation to the actual contract. So yes if you are signing up for a franchise and it says your term is a fixed five years and the franchisor say something like “don’t worry, we can agree to let you go earlier if it doesn’t work out for you” or “yes it says you pay is 10% of your turnover to us but we can look at this and reduce it next year if you want ” get this in writing !

Unfortunately a hand shake just will not do. If in any doubt ask your solicitor to ensure any “side arrangements” are referred to in the actual contract and this is important even if they are in writing and signed if the while agreement clause does not refer to them.”