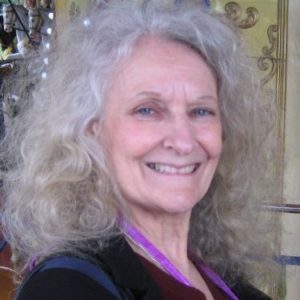 Andy Cheetham has been and still is a franchising insider since the early 90s, “I’ve learnt a lot that can help prospective franchisees to sort the hype from the facts. It’s not easy, because franchising, like all business, is about sales”.

But investing in a franchise is the biggest investment many people ever make after buying a property, so it’s important to make the right decision. To do that you need to see past the hype.

You’ve seen the claims: “Nine out of ten franchises are successful” and  “our figures show franchisees can be making thousands of pounds within a year of launch”. They make buying a franchise look like a dead cert.

But it’s not. There is no definitive research comparing franchise businesses with non-franchised businesses, and those financial projections you see in some franchise ads are just that: projections.

It is almost certainly true that you are more likely to be successful with a franchise than starting a business alone because a franchise should have been trialled and the franchisors will know what works – but there’s no guarantee of success.

Franchise development and recruitment managers often get commission on every sale, ie, on each franchisee they recruit. The best of them will be ethical and careful to see that you and the franchise are a good fit, but, like everyone in sales, they are under pressure for results.

Watch out for pressure tactics.

Be alert to lines like, “There’s only a very limited number of our franchise opportunities left,” or “There’s others competing for this franchise area.” It might be true, but more commonly it means “Buy now before it’s too late.” Do you really want to be pressured into an investment based on someone’s need to make a quick buck? Walk away from such pressure tactics.

Franchising should not be a second-best option.

We always ask prospective franchisees why they are considering buying a franchise. “I can’t get a job, so I decided to try a franchise,” is not the best answer. It means that franchising is your second choice. It’s not uncommon among people who have been made redundant – but a franchise should not be an alternative to a job.

Self-employment, even with a franchise, is a roller-coaster, and the level of pressure can exceed that in an employed role. It’s not a soft option, so it needs to be your first choice.

Some franchisors try to steer the due diligence process

Ideally the due diligence process should be based on your own independent research and should always involve speaking to existing franchisees. Some franchisors provide you with a list of franchisees to speak to. However, the human urge to demonstrate success often means they are the best-performing franchisees. Do not be satisfied with this!

Visit the franchisees on the suggested list, but ask for the names of others, who are not on the list. This way you get a more balanced picture of the franchise.

Banks and franchise funding specialists make money out of selling loans – they don’t just lend out of generosity. The loan repayments will eat into your income and extend the time it takes to get into profit. Calculate if, and how much you really need to borrow. As well as the initial investment you’ll need to fund your expenses before the business delivers profits.

Franchising is not for everyone

Franchise ads often give the impression that regardless of their previous career, anyone can build a successful franchise business. But while it’s true that franchisors don’t usually require experience in their sector,  they look for people with business-building skills like sales and customer service, communications and management.

Don’t be blinded by the hype

For free impartial advice on franchising, from Andy and his team who have decades of insider experience, contact them on 01274 662001.

Words and copy by Linda Whitney

The secrets to buying a franchise.