When should franchise royalties start?

When should franchise royalties start?

Have you ever been asked when should franchise royalties start? This is not going to repeat an idiots guide to the usual run of the mill royalty options. Instead this is a guide for the experts out there and a little peak at how at Lime Licensing Group we nail all of the tiny details in all that we do. It is not an exhaustive list either! 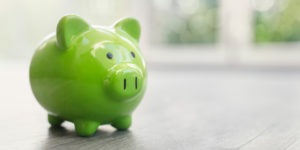 There’s a problem with your average franchise consultant. Well I say a problem, it might not be a problem but then again it could be a problem. And that’s the problem really because a lot of new franchisors I’ve seen recently have literally had bog standard advice. This is how it’s done and that’s that. Oh and here’s my invoice thank you very much. Now, who’s next?

Many franchise consultants out there are getting lazy. They’ve stopped analysing options and are stuck in the conventional thinking when setting up a new franchise system. Conventional thinking does work but only if it is still the right option. Here at Lime Licensing Group we’re seeing this more and more as companies come to us to fix problems created by other advisors.  If you’re a new franchisor the worst thing you can do is just do what historically seemed the norm. The times they are a changing – are you?

I’m sorry to say that the same is true of many lawyers in the drafting of franchise agreements. They’re banging out slightly different versions of the same precedent agreement and the tills ringing. Kerching! There goes another “me too” franchise agreement cut and pasted and thanks very much for the £4000 fee. I’m being a little provocative but let’s be honest this is the unpalatable truth. Thankfully the lawyers we work with don’t do this as a default option! Too many others do.

At Lime we’re always seeking the best setup. We look at everything, and I mean everything. Why do some thing’s have to be done in a certain way just because that’s how it’s always been done? Why not explore if that’s still relevant today, or if that actually works, genuinely works with the next client?

So, when should franchise royalties start?

Let me start with a recent example.  Your typical franchise agreement probably says on the monthly anniversary of the commencement date. But there’s options here that a lot don’t consider. So let’s talk for a moment about when royalties become due and some of the options you could consider if you’re a new franchisor.

Ask yourself, are you a RAB, RAA, RAT or TRR. A little spoiler if I may, Rats are actually lovely pets and in this context they’re pretty good in franchising too.

What is in the interests of franchisees is usually in the interests of Franchisors too.  Lime Licensing Group is pioneering a new franchise format with a wonderful client where mutual profit matters greatly to them. We’ve come up with this new structure that ethically aligns with what the client wants. It’s self explanatory once you know what the letters mean.  Royalty after breakeven…. RAB.

However there are a number of caveats that need to be very carefully considered once you drill into it. Could a RAB model be the key to faster network growth? Stay with me, and let me know what you think. In minimal overhead franchises this is easy to implement for a franchisor. A franchisees breakeven is likely to be so low that it doesn’t really change much.  Save for showing the franchisee that your view is that you only make money when the franchise is profitable. That’s the key to a RAB model.

In high overhead businesses a RAB model can be the difference between life and death for a franchise owner. Different businesses will require different answers to the question of when should franchise royalties start? Take a retailer who is losing £20,000 on a turnover of £200,000 as an example. To make up that £20k might require £80k or £100k in extra sales, or more! The royalties and other fees  may well be £20,000 and potentially if that £20,000 was added to the franchisees income it would be enough to keep them personally solvent. Potentially too if that royalty wasn’t charged in the first place the location would stay open when it might otherwise run out of cash and close. That’s a big failure right there and maybe a personal financial catastrophe for the franchisee.

Sat behind every failing franchise is a person who needs to evaluate the personal and professional pros and cons of injecting more capital and maybe even adding more security or personal guarantees. In franchising most SME’s have limited options to raise additional funds with a struggling business. A RAB system would minimise this being an issue. And what better message to give to your franchisees than to say that we’ll only make money when you do. If that’s your genuine desire as a franchisor then a RAB model is what you should be thinking of.

Then there’s the RAA, RAT and TRR franchise royalty models.

Have you worked out what they might stand for yet?

RAA structures are essentially saying that the first £X amount is royalty free. It’s a Royalty After Amount proposition. A RAA model draws a line above a certain monetary amount, maybe that’s your first £20k for example. From them on the usual royalty applies. RAA models are rare but their appeal with franchise investors can’t be ignored. If you’re launching a new franchise system would this be a positive move? I’d say probably yes.

So, what about a RAT? Well this animal is a lovely pet to own. Because a Rat is characterised by deferred franchise fees, can you guess what RAT stands for? Royalty After Time. If the first 6 months are royalty free then that gives a new franchisee a huge lift. They’ll go the extra mile to crack on before month 7. The franchise is often further advanced to capitalise on the free royalty period – you might as well max it out! As a result the franchisor gets higher royalties once the free period ends. That’s the argument for a royalty after time model. I love rats. You should too.

Any ideas what this means? It’s Temporary Reduced Royalty my friends that’s what I’m talking about. That would be like a half price royalty while the franchise gets going. Set a time limit say 6 or 12 months and give every new franchisee a good old leg up with a discounted royalty.

Every franchisee reading this is liking what I’m saying. Most funders too because it means there’s less risk. A lot of franchisors have serious doubts. But there are significant upsides for franchisors to consider with any of these franchise structures. Remember the initial fee can change to help accommodate any of these. So long as the franchise fee is geared towards paying for the period up to breakeven you’ve got a compelling franchise proposition that will appeal greatly to new franchisees.

A franchisor who is so confident that the model works should consider these.

You’ll get more referrals because it’s as infectious as a new pandemic and will be as popular as your first foreign holiday after lockdown.

You’ll stand out for all the right reasons, and this is a competitive edge you can immediately gain over your competitors.

Put simply if any of these models fit then a franchisor offering this would probably have more appeal, which might mean you sell more franchises. The franchise department defers some income but that one step back is replaced by several steps forward down the line.

There’s something else too. No franchisor is going to waste their time with a semi suitable franchisee utilising any of these options. This means the quality of the network is higher. That means the whole brand does better and that means everyone wins. Don’t kid yourself that Franchisors only recruit the right franchisees. They don’t. Sure many do, but a lot don’t. If you sign up to a fixed fee franchise then frankly the franchisor is getting paid regardless of how badly the franchise (or you) perform. Under those circumstances the franchisor just makes a decision based on the future agro that might ensue should they recruit a 50/50 candidate.

If you’re a good candidate with a good franchise brand then just don’t worry about a fixed fee, instead worry about if you possess the rights skills to make the franchise work. Or just stick to some of Lime’s clients!

The principle of making money together is a strong one. Isn’t that what franchising is all about? Many Franchisors are making money from loss making franchises and that just isn’t the way it could be. A RAB, RAA, RAT or TRR might be the answer to really help the next group of startups to become financially solvent and from there everyone’s rocking and rolling.

Makes sense? Now here’s a health warning …… these options only work with certain formats, and there are many things to consider beyond this short article.

Why not hit the detail by conferring with one of Lime Licensing Groups specialists today. If you’re a new franchisor it’s likely you’re only going to get one shot at getting it right. So work with us, and we’ll deep dive into the reasoning with you and help you choose between conventional thinking and potential smart options. Not just on this element but everything else in our elite franchise blueprint.

Choose who’s nearest by following this link to our franchise consultants who along with helping you decide when should franchise royalties start, we’ll also guide you though what the most successful franchisors in the industry do. Or call us today on 01274 662001! 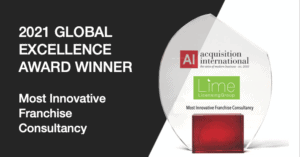