Why startup franchises are not startups

Why startup franchises are never actually startup businesses at all!

You often only get one chance at a successful startup business. 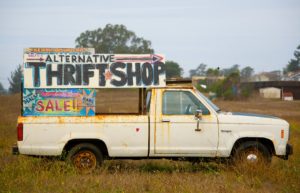 This is because those who fail, are sufficiently scared by the experience they usually avoid self employment like the plague thereafter! So at Lime we recognise what a big step launching your own franchise is. But, startup businesses in the truest sense of the word aren’t really the same as franchises due to the value of the franchises activity before you’ve even launched. As a result of this activity each new franchise has countless hours of development, monetisation and efficiency built in from day 1. The learning curve has already been and gone. Each new franchisee walks straight into a business where someone else has taken the pain of trial and error.

Franchising is the most successful route into self employment and by quite a large margin. Outside of the franchise industry roughly 50% of businesses fail within a few years where as over 90% of franchises are at least marginally profitable. That’s a huge difference and reflects the fact that all franchisees are replicating an already successful business. Furthermore they are then supported and coached on how to monetise it and fully optimise it. It’s that training and support that makes all of the difference.

It’s not a new business

Your franchisor has a reputation that is very difficult to create on your own, but as a franchise owner you immediately have that reputation. You have the rights to a brand that has real credibility in the market place which means that although you are technically a new business you have the characteristics of a well established brand before you’ve even started.

Most banks recognise that franchises are a lower risk than a new business. As a result they’ll often lend on more attractive terms. Banks like Natwest and HSBC are particularly active in the new franchise market.

All franchisors are worth the royalty. Franchisors can make a lot more difference than the royalty cost. Royalty is a small percentage or fixed amount and often the economies of scale of products and central services saves franchisees money. These days a big hitting website can easily be a five figure sum and the support of a Head Office brings resources at every franchisees disposal.

But it’s not just the financials that makes sense in franchising. For many the camaraderie of being with like minded people operating the same business is a huge factor. Being in business for yourself can be lonely but you’re not alone in a franchise network. As a result franchising goes some way to solving that issue. Within a franchise network you have colleagues in the same boat as you. Colleagues you can discuss issues with in a confidential way with or without the franchisor. Outside of franchising it is rare that people in the same line of business will share best practice and trade secrets with you. Particularly if you’re a new business – why would they? You’re a threat and might just compete against them! This shows the value of what they’ve learnt doesn’t it? That’s what franchisors provide. In franchise networks tips and hints flow freely.

A valuable asset for the future

Franchises are also a business that you can sell at a premium price down the road even as a sole owner operator. It can be difficult for someone to sell a one man band due to the reliance on that one individual. Buyers worry that the outgoing owner’s personality and connections won’t easily transfer over. However, unlike startup franchises the established ones can be sold far easier than many startup businesses. Simply because many buyers prefer to join a franchise system due to all the above reasons versus going to alone. The brand is what matters more than the individual franchise owner.

When a franchisee’s business is already established the risk of franchising is lowered even further. A buyer looking at acquiring a franchise resale has completely doubled down on the risk. As a result franchise resales can sell for significant value because the only real question mark for many is will the franchise work in their specific locality. With that proved an established franchise carries a big goodwill value and a top end valuation.

Where to find the best startup franchises?