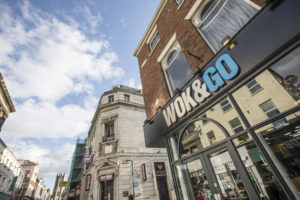 Despite the state of the economy, franchising is still holding up well, and with further proof such as Asian noodle bar concept Wok&Go expanding its brand with 100 stores set to be open in the next 5 years, thanks to its collaboration with award winning Lime Licensing Group in recent months.

Lime Licensing Group Regional Director Richard Pakey says that though this isn’t the ideal time for anyone in the hospitality industry he noticed that the owner of Wok&Go was uniquely poised for growth due to the ability to create a unique offering in the franchise market which we were able to utilise to fuel the growth.

Working with Wok&Go has been a real pleasure so far, explains Richard, as consultants we look for the ‘best fit’ in a franchisee and the Wok&Go team are such a great bunch that we just know that when we put the best people in front of them, they will be extremely keen to proceed, our role simply becomes so much easier when you have relationships like this, the future is looking extremely positive for both of our companies.

Lime Licensing Group also has plans to announce more franchisees officially signing up over the coming weeks, and is pleased to report that Wok&Go is the fastest growing noodle bar concept in the UK.

Are you interested in franchising your business or want more franchisees? But, don’t know a lot about the process involved or what you can do to get involved? Lime Licensing Group will be pleased to discuss your options. For more information about franchising, https://www.limelicensinggroup.co.uk

Apply for a Wok&Go franchise here.