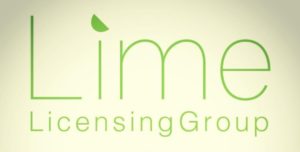 The Elite Franchise Blueprint – a snippet

Knowing the average of all your averages. Here’s an extract from Lime’s Elite franchise blueprint which is an improvement programme for mature franchise brands. In addition to written articles it includes mentoring and practical assistance.

Let’s guess that there are 20 franchisees in our imaginary franchise network. 14 who’ve traded for 6 months or more and the rest are still in start up phase. In addition you’ve got some oldies and maybe resales.

Let’s say that on average Franchisee “A” achieves a turnover of £5k profit p/month. Their average is calculated from month 6 onwards, not before. He/she is doing just fine and a happy bunny on £60k p.a. annualised. Every six months their individual average is updated by them, or you as their franchisor. Hopefully it’s by both of you. Franchisee “B” is averaging more and drags up the “average” average. The 12th Franchisee is going through a divorce and his business is heading south dragging down their own average and that of the network. The 7th is on a growth splurge. Every franchisees average is known to the savvy franchisor. So, who gets to know the average of all these averages – the network average? Disclosing this is a terrifying thought for some franchisors, and a glorious opportunity for others. The elite franchise blueprint provides answers to thorny topics of this nature. In addition it provides guidance for franchise managers and directors to excel at network management.

Who to include and who not to

I would say that it’s worth number crunching a few “averages” for all franchisors. Personally I’d ignore those figures from franchisees under 6 months provided you are happy they are following the Ops manual they should come right. Their figures have credibility once they’re out of the startup phase. As a result our elite franchise blueprint leaves out those who are still in nursery so they can get on their feet first. Your focus with that group isn’t about diluting the mature network average.

There is an average performance for more mature franchisees. For example, let’s say those over 12 months because they have had a good crack at it by now. If there’s bricks and mortar or high capital investment then obviously fast forward that time frame on a bit. However those franchisees without big overhead should be making money and walking unaided by now.

So, here’s a great tip for all franchisors. Work out your network average and share it with prospective franchisees. You’ll learn a lot by facing the unvarnished truth of a group analysis of mature franchisees.

You choose the startup phase and then disclose the average of those who are truly up and running. Then, let potential franchisees know how long it will be before they are in that group. This will then disclose their total capital requirement to make sure they have the funds to get them there and they can borrow with that in mind or of course fund it themselves.

A few scenarios to consider.

Network performance is indelibly linked to franchisor income. So, any amount of focus on that is a winning strategy for any franchisor. Those who follow our elite franchise blueprint benefit from this.

Know who your top performers are but pay close attention to the kpi’s of a few groups.

It’s a bit different for every brand of course but ironing out all ups and downs can be an enlightening exercise. When you’ve got your average sales and gross profit create a Joe Average P&L and assume a fair average overhead. If the majority of your network have a £1000 lease then put that in as a typical overhead. What you’re looking to arrive at it is a average overhead to arrive at an average net profit. Try it. See what it tells you!

Now let’s assume you want the average network to do better. Where do you start?

Different things apply to different franchisees. Desperate Dan languishing at the bottom of the league needs re training. He needs clear guidance and the franchisors physical presence in their trading location helping them on the coal face. He probably also needs better Ops manual knowledge, maybe check he is also compliant legally with the franchise agreement while you’re at it.

Sensational Sue on the other hand doesn’t need anything other than a pleasant discussion about how much further she can optimise the business format. She’s got the skills to excel at this if she is minded to. Furthermore she has proved more than any that she is the one to show how far the franchise can go in a franchisees hands. What does she need from you to help her get there?

Hacked off Harriet needs a chat about reselling and moving on. Middle of the road Malcolm needs motivating to grow some more, he’s proved he can do it – now show him what further success looks like and how to get it by discussing what Sensational Sue is doing.

This article is a snippet from Limes unique elite franchise blueprint. An 8 part programme of valuable strategies that simply work. As a result it is full of practical hints tips and resources. All guided by a Lime professional and tailored exactly to your franchise system. It details how the best Franchisors maximise their networks. The things all the best Franchisors routinely do to bring value and engagement.

Sign up to receive further snippets here and for details of the full programme.

Why fees should end with franchise failures.

Why Franchisees must think INSIDE the box

This is a small part of the detail we cover to optimise mature franchise departments. Lime professionals also mentor franchise staff and our presence helps everyone involved.

Fill in the form above to get the details on the blueprint course for franchise professionals. 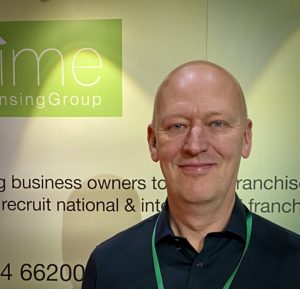 You can also watch Andy Cheetham’s webinar at the International Franchise Expo online covering the biggest mistakes new franchisors make here. Another example of some of the elements in the elite franchise blueprint course.