Why fees should end with franchise failures

Why fees should end with franchise failures

Franchise failures are far from uncommon. If you’re a franchisor sooner or later one of your franchisees will cease trading. Maybe Covid, maybe not. Maybe they haven’t worked hard enough? Perhaps they’ve been flipping hopeless since the day they started. Either way they’ve now simply run out of cash. The inescapable truth is that it hasn’t worked and that franchise is about to close. Any small business going under is a problem that needs a solution and business insolvency is all too common right now.

What are you gonna do Mr Franchisor?

For the purpose of this article the franchisee is a company and the individual is the owner of that franchise. The franchisor is cast as the big bad brand owner. Sometimes accurate, sometimes not. But do they have to be? When a franchise goes under many Franchisors will choose from one of these common options …

A: Send the lawyers in to sue for breach of contract. Every franchise contractually has to have adequate funding after all.

B: Calculate all the fees due for the remaining term of the agreement. Send them what I might call an exit invoice.

D: Have a cup of tea with them, work out how to preserve the franchise when they’ve gone, then see them on their way without further cost.

The above is not an exhaustive list of course.

The Default position for franchise failures 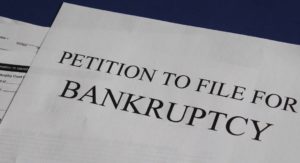 Now pretty much most Franchisors out there would just enforce the contract and collect all of the ongoing financial liability. If you’re a non equity Director then maybe you’ve go no options due to shareholder pressure. You might have to be ruthless even if you don’t want to be. Some might agree a compromise, for example, you have 2 years left so that works out at £20,000 “we’ll agree to £10k if you settle right now and let you go”. By mutual agreement anything can amend the franchise agreement.

Other Franchisors will arrange for the franchise to continue in the hands of a manager at the expense of the individual. The rationale here is that the franchise should live on even if the individual doesn’t. But where an individual has capital the individual’s guarantee that is in place means they’re likely going to have to pay out. As a result this might even mean losing their home. Going bankrupt maybe, or at least it’s certainly going to hurt them.

I’m here to make a case for option D.

Let me explain. When that franchisee launched everything was cushty. It was a bed of roses. But not all new relationships work out do they?  Sometimes it’s business reasons, sometimes it’s not. However when a franchise failures occur it’s not exclusively down the the franchisee, more often than not yes, but not exclusively. All Franchisors carry some of the responsibility.

Why is it that two competing Franchisors in materially the same market have franchisees with widely differing fortunes? My first taste of this phenomenon was with our family greeting card firm Appletree Cottage 20 plus years ago. Our franchisees did better than a lot of other competing franchisees and we were a solid franchisor without ever being market leaders. A bit like the current Manchester United team (at the time of writing). We and 20+ competing Franchisors all going about it the same way, give it take.

One day a competitor’s franchisee rang me to ask if I’d buy their franchise. An odd call and I don’t think that’s ever happened since. His excuses for poor performance weren’t credible – I knew his business better than he did himself because at the time our franchise network was supplying about 8,000 retail outlets in the UK alone! I sympathised and didn’t take up the offer.

Another franchisee’s small businesses going under was an opportunity for us.

When they stopped merchandising their customers I sent three sales executives into the area and we mopped up most his customers in record time. Our own franchisee was thriving in the exact same area with in many cases the exact same customers because us and other card Franchisors literally had display units side by side in many retail outlets. It was to all intents and purposes the same franchise model. When we sold the whole network we had 167 agreements in place across the three brands we owned. We coached, we supported in territory, we sent out newsletters and we organised get togethers.

As a rule we’d always be preaching the gospel on how to grow each franchise and diplomatically let everyone know who was doing great so that they had a benchmark. It always worked when we shared good news stories and best practice regularly. Celebrating the wins! The franchisee who went under had none of that from their franchisor. As far as I could see that was the main difference between us.

As a franchisee it’s motivating to see other franchisees doing well when everyone has the same tools at their disposal. The spotlight moves from excuses to a degree of self assessment. Our message, and I believe the message of all good franchise managers was “see what you could be doing with your franchise too, this is how you do it”. It’s evidencing that the franchise works. Under performers need clear guidance on what they should be doing, and should be supported in doing it – that’s when a franchisor is playing their part fully.Now if they can’t or won’t follow that advice then there’s a problem round the corner coming along fairly quickly.

Now when things go wrong, as they sometimes do, everyone needs to stop and have a good think about it. You the franchisor agreed to appoint the individual as a franchisee. Furthermore you agreed to go into business with them, kind of. Your team trained them and had a hand in their ongoing support and mentoring. You my franchisor friend have carried some influence on the franchise whether you like it or not. Ultimately it’s the franchisees business to run but don’t lose sight of the fact that as the franchisor you’ve had a part to play. Even if it’s only a small part.

It may well be that the franchisee is truly not doing what they should be doing. That is often the reason behind franchise failures, not always, but nearly always. Before everything falls off a cliff you should already know this and have shown them the path to glory. If you’re a franchisor in this position already then heres a few tips to guide you on where your focus should be within your franchise department.

All good franchise managers should be spending their time moving through points 1 to 3. So, bench mark franchisee networks on those three things above as an absolute minimum. Where a franchisee isn’t meeting 1 and 2 they and you are heading for failure. Where they aren’t meeting 3, then the franchisor needs to provide clear guidance and maybe practical assistance to raise them up. Do check when it was that you or your team physically last saw them and discussed “the business” face to face. Dont use Covid as an excuse either, it’s perfectly dooable to meet particularly if you’ve got a wobbly franchisee. 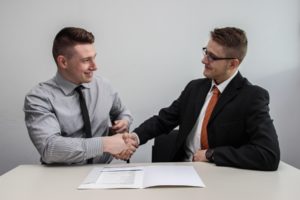 Some Franchisors worry about sending the wrong message to the network if they don’t put the boot in, legally, swiftly, and in hard. Actually this isn’t my experience either and I’ve more experience than most. I don’t think I’m the best arbiter out there either but my focus is always on preserving the franchise. With or without the individual. There may be occasions when this has merit but most of the time that argument is a long way down the list of things to do before you get to that point. If you have to worry about that I’m guessing you’ve got deeper problems within the network to be dealing with! Small businesses going under create high levels of emotions and a calm head who can clearly articulate the situation, causes and outcomes is what’s needed.

If all else fails then it’s time to decide on what to do and my case for “D” above centres around acceptance and compassion. Compassion because no one starts a franchise with the aim of failing. Be accepting of the fact that maybe you sold a franchise to the wrong individual. Isn’t that the unpalatable truth? Now be compassionate about what you’re going to do with that individual. Business is business, yeah yeah, I’ve heard that over many decades, but most franchisees are actually individuals really. They’ve got families to support, partners, friends and mortgages. You don’t have to make it your default position to sue everyone just because you can.

When you’re retired or laying there on your death bed does it matter? Did you have room to be more compassionate when all the legals allow you to wield the axe? I say that you have plenty of room to be compassionate when you experience franchise failures. Everyone probably tried their best even if their best was rubbish. You went into it together, it didn’t work, but it can end with a peaceful truce and the franchise staying open for business. As a franchisor myself that was the outcome 99% of the time and my previous companies have hundreds of franchisees between them.

When not to let franchise failures go free

A notable exception I would make is what are the franchisees intentions afterwards? If they are going to carry on in the same business, (or I suspected it) but without the franchisor then I’d certainly exercise all legal options. I’d keep an eye on them afterwards too if I thought that might happen. But if they’re truly changing direction because it simply hasn’t worked despite doing their best then I’m sympathetic. Under those circumstances the kettle goes on and we sit down to look at how to preserve the franchise without the individual.

By allowing them to leave without an exit invoice there’s usually a seamless transition of the old franchise and an orderly handover. You have a choice as to which route to go as a Franchisor. You have the right to send an exit invoice usually, you’ll probably win any legal battle if you want to put the boot in. But do you have to?

Myself and my colleagues at Lime spend our time guiding franchisors on issues like this every day. I hope this article might make you think twice if you’re a franchisor. I always accepted that as the franchisor I had something to do with it, as all Franchisors have, to at least a small degree if they’re honest enough to admit it. 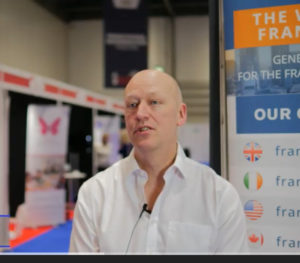 Whatever your issue as a franchisor Lime’s team has been there before. Contact us to discuss any issues you are having, franchise failures or otherwise and we’ll provide workable options for your franchise team that help all parties to navigate their way to a positive outcome.

The Top 10 legal priorities in franchising

0 Shares Share
0
Food for thought, Franchising A Business No Comments