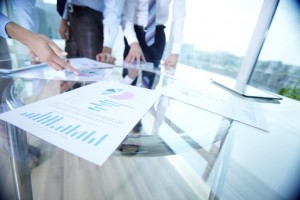 A franchise fund designed to back fledgling franchisors. Many companies seek outside investment to create a franchise system based on their current business model. A sizeable portion of that investment goes on consultant / management time and professional disbursements including intellectual property and legal agreements. The legal costs alone can amount to over £6000 and the creation of all the marketing required can result in significant design costs, we have seen marketing agencies charge £25,000 for branding a new franchise system and the average salary of a Franchise Director is around £90,000!

Many franchisors experience substantial costs to get a franchise network in place, so along with the setup of the franchise system which can easily be £25,000 including legals there then follows extensive marketing costs and also human costs and time to recruit and manage the franchise network. Establishing a suitable Franchise Fund to deal with that expense can run to £100k+

Lime Licensing Group is a controlling member of a sizeable franchise fund which acquires master franchise rights from suitable businesses to fund the establishment and launch of a franchise system. Lime also owns its own franchise directory www.franchiselife.co.uk which has a database in excess of 29,000 franchisees and also works with every elite franchise supplier that can assist in the franchise roll out. Lime and it’s investment partners create the franchise system and roll out the franchise launch paying an ongoing lifetime royalty and other fees to the founders of whichever company they partner with.

The beauty of a Franchise Fund like this is that any business owner can partner with a team of industry professionals and be part of a bigger venture that has the capacity and expertise to make it happen. Follow this link for further details of the Franchise Investment Fund