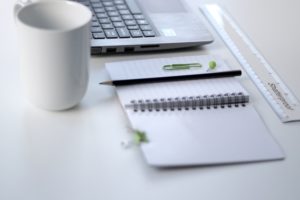 Whilst contemplating life in lockdown Britain people are asking me “should I buy into a franchise?“. Well, here’s a great quote: “Twenty years from now you will be more disappointed by the things you didn’t do than by the ones you did do.” Said Mark Twain, apparently. Following that he added, “So throw off the bowlines. Sail away from the safe harbor. Catch the trade winds in your sails. Explore. Dream. Discover.”

It doesn’t apply to everyone of course, my theory is a generalisation of the thousands of people I have met in the business startup arena. It is a theory with some merit though. You see, after 27 years doing this kind of work there are some things that often repeat themselves.

It won’t be long before I meet someone who has a great employed career. As a result they usually have no equity in the business they’re building for someone else. They’ve often asked themselves should I buy into a franchise? That pay check is such a hold on them though. They’re usually over qualified to be a franchisee actually. Furthermore they possess all the skills and personality needed to smash it. But they lack the one thing that separates the winners from the losers. What’s that one thing? You already know don’t you? Mark Twain said it. Millions more have since. A huge number of great people stay working for others all their lives. They don’t have the courage to risk it. Even though the stats in franchising prove the risk is minimised. Will the current coronavirus be the factor that makes them sail away from their self imposed safe harbor? Or harbour as we say in the UK.

A time to seriously ask yourself, should I buy into a franchise?

Which brings me to the coronavirus. Millions of people’s lives will never be the same again. You don’t always get a second chance in life. Maybe this is the event that creates the mindset you need to own your own show? Is your life really that comfortable working for someone else that you’ll never own your own business? When push comes to shove, and it will sooner or later, you’ll be thanked for your efforts, paid the minimum legally owed, and then shown the door. All those years and you then realise that have actually no control on your fate. Your boss does. But you could be the Boss of your own startup or franchise resale. Franchising is the lowest risk route into self employment, all the stats underpin that.

It won’t be long either before I meet another big hitter who impresses me with their tales of daring do. They’ll share how fantastically successful they’re going to be. It’s great to hear, but they’re seldom as successful as the ones who quietly get on with it. Those who follow the system and work diligently towards their goals. Franchising gives you this platform. All the talk means diddly squat without action. When you join a franchise action is built in. You pay the fee and the business gets launched. Franchisors make it happen. Talking about it doesn’t make it happen. So, to that group of people I say this. Just hook up with a good franchisor and let your feet do the talking.

Let’s just touch on funding while I’m at it. A reason many don’t start a business is an aversion to getting a loan. What? You don’t even need security most of the time and a business loan isn’t your only option. At the lower end of the investment scale you could go and get an unsecured personal loan my friend. I see this regularly. It’s the exact same money you know? It just comes without the business plans, forecasts and delays. Some stick £20k on their mortgages. They hardly notice the monthly repayments and with interest rates this low it’s very cheap money. Others borrow from partners or family, they all know the risks. Lack of funding shouldn’t be an issue in todays environment.

All that thinking time often leads you to a different pathway.

The virus has taught us all something. To many it’s shown that we need a better work life balance. You won’t get that working for someone else. Unless you think 20+ days holiday is a great work life balance of course! Self employment gives you the flexibility of when to work and for how long. You may well end up working the same or even more hours but you’ll be happier. Furthermore, if you just want to finish early next Wednesday then fill your boots. Go ride a horse, play that round of golf or of course go sail that boat, and sail away from your own safe harbor.

So, should I buy into a franchise?

I’ve lost count of the number of times people have said to me they wished they’d done it earlier! Franchising works simply because you’re being taught by those who have already been there and done it. Consequently that mentoring and coaching is the difference between success and failure. So the next time you are asking yourself Should I buy into a franchise remember that sentence. Thousands have done it, why not you?